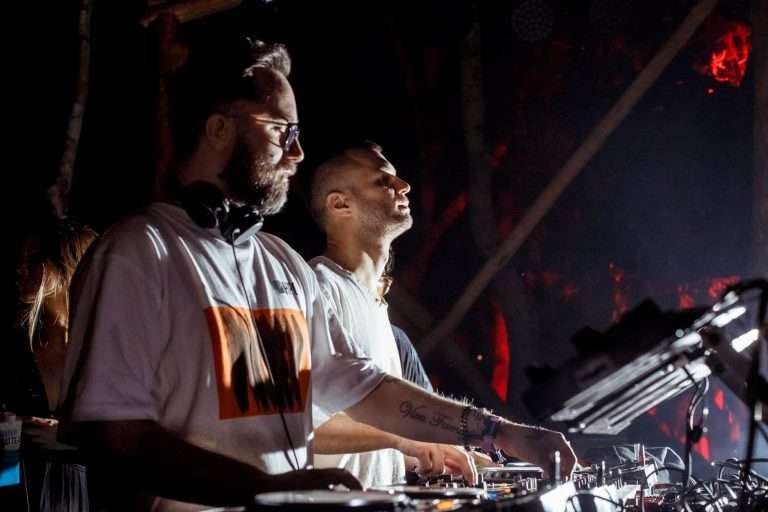 Artbat Calls on Artists To Stand in Solidarity With Ukraine

ARTBAT, the Ukranian duo of Artur & Batish, is easily one of the most flourishing Ukrainian artists internationally to date. The original incorporation of their melodic house and techno styles sets them apart from similar djs and producers in the same genre space. ARTBAT’s music has not only climbed the charts of Beatport’s Overall top 100 and stayed there for a whole month, but they have taken over the festival scene as well. For instance, Awakenings, Tomorrowland, Fusion Festival in Germany, and Electric Daisy Carnival in the United States and Asia. It is safe to say that ARTBAT has seen enough of the world to call out for help in times of crisis, especially for what is happening in their home country Ukraine.

On February 24, Vladimir Putin ordered Russian armies to invade the country of Ukraine with a full-on malicious invasion with hopes to take over the capital of Kyiv and dismantle the government. However, the people of Ukraine will not give up their land without a fight. In the darkest hours, Ukraine’s President, Volodymyr Zelenskyy, is showing the world what a true leader and warrior is by refusing to leave his people during a time of need. Putin has made it clear he wishes to kill anyone who stands in his way, and Zelenskyy and his family are on that list—still knowing that Zelenskyy is showing up for his people and country willing to fight and not back down.

On Tuesday, ARTBAT took to Instagram to express their concerns and emotions about the tragedy unfolding in Ukraine. War on humanity is one thing, but when it is your home country, that cuts the chord even deeper. In the Instagram post, the duo uploaded a carousel of images of the mass destruction Putin has unleashed on the innocent civilians and country of Ukraine. The post’s mission is to raise awareness of what is happening and a call for action between djs and artists by tagging several national and notable international names in the music space to help with donations and share the news through solidarity and support.

According to LinkedIn News, “Thursday, after Russian forces seized the “strategically important” southern city of Kherson on Wednesday — the first major Ukrainian city to fall. More than 1 million people have fled Ukraine since the invasion began, said the UN, which warned that the number could climb up to 4 million. Sadly, Ukrainian officials said the civilian death toll stands at 2,000. Moscow said 500 troops had been killed; Ukraine’s presidential advisor said the number stands at 7,000” (Hartogs, 2022).

However, during this opaque time, one positive to keep a tight hold on is the amount of outcry from people worldwide that WAR IS NOT THE ANSWER. Cities and countries are standing in solidarity by hosting protests, donations, live streams, showing the world that Ukraine is not alone and this is a true crime against human life, and it must stop now. “The United Nations General Assembly voted overwhelmingly to condemn Russia’s invasion of its western neighbor” (Hartogs, 2022).

Everyone at The Underground stands in solidarity with the people and country of Ukraine and plans on doing everything in our power to help and express awareness. Right now is the time not to stay silent and remember that we are all neighbors to one another. Please take the time to be thankful for life, research what is happening, and find a way to help. There will be a list of links below to donate to, so please share and to the people of Ukraine, we are thinking of you, and you are not alone.