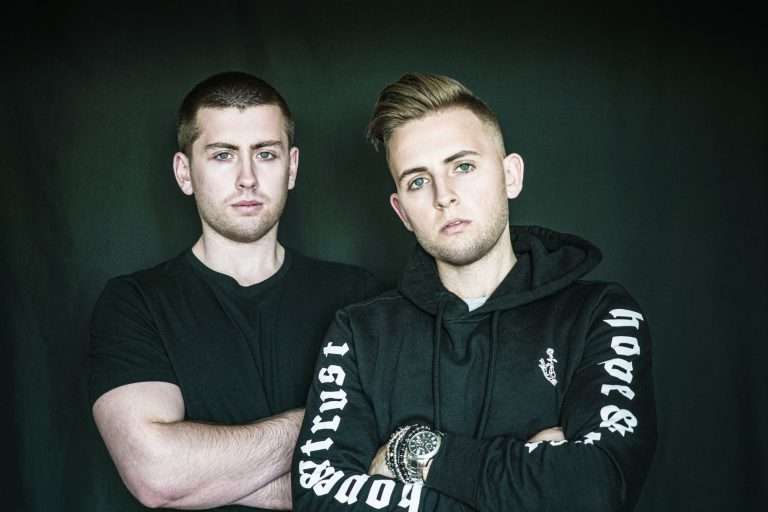 In the electronic dance music scene, there is a saying that “big room never dies,” and it is true. Big room house or “big room” is classified as a subgenre of electro house that took the dance music world by storm around 2010. One artist who helped spread the popularity of the sound like wildfire was Hardwell, but the sound sadly died out once he announced his retirement and the rise of bass music rose in the United States. Fast-forward to the present day; the return of big room, high-energy, electro house is flourishing as Record Club unleashes two brand new tracks, “After Dark” and “Made Me Do It.” These latest singles come hot off the heels of the start of festival season in the USA. This year’s season began with the return of big room icon, headmaster of Revealed Recordings, and former DJ Mag Top 100 No. 1, Hardwell.

DJ/production duo Record Club consists of brothers Alex and Dan – and they’re here to ensure that big room never dies. The good thing is, even though it has never really left, it’s back and better than ever before. Record Club’s “After Dark” was released on March 26, 2022, while the big room & progressive house “Made Me Do It” is slated to drop on April 29, 2022.

“After Dark” creates the perfect vibe for an entrance into an underground warehouse that begins with beautiful vocals that transition into an intense build-up into an electro drop. It also gives total Darude “Sandstorm” flashbacks with a more dark synth robotic sound.

“Picture this. You’re at an underground rave in a dark warehouse. The DJ is playing a song that pulsates through your body with each thumping kick. The pattern of the drop synths and eerie robotic vocals have put you in a trance. This is the type of setting we created the track around and is the effect we want it to have on our listeners each time they experience our song.”

– Record Club on “After Dark”

“Made Me Do It” is another release that begins with stunning vocals that enhances the build-up to deliver heart-pounding electronic progressive drops. The track is more upbeat and lighter than “After Dark.” It’s beautiful to see how versatile Record Club can be with producing and how different these two tracks are but still fit under the big room house umbrella.

“The lyrics for ‘Made Me Do It’ serve as the cornerstone to our track because it is about how love can be a powerful force behind the decisions people make. Our love of progressive house music led us to start Record Club, and this track embodies the passion we have for this genre. When people listen to our track we want them to think all the times that they have embarked on a path in life that was guided by their love of someone or something.”

Record Club on “Made Me Do It“

“After Dark” and “Made Me Do It” make four original singles in 2022 for rising duo Record Club. Kicking off the year, the brothers released “You Make Me Feel” in January 2022, followed by “Switch It Up” in February, subsequently. The in demand rising electronic act has been dominating the scene and creating a buzz since  last summer. Record Club has released nearly one new track per month since then, including “We Don’t Care” (July 2021), “Burning Room” feat. Jaime Deraz (August 2021), “Crazy” (October 2021), “I Don’t Need You” (November 2021), and “Without You” (December 2021).

Alex and Dan, the brother-duo behind Record Club, are on a mission to revive the progressive and electro house sounds that dominated the festival circuits in the early 2010s. That era is what sparked their love for electronic dance music, and has served as a major influence on their sound. Their songs have received support from the likes of R3HAB and Valy Mo, and they were named “one of the most promising up and coming acts within electronic music” by Early Rising. After spending some time working on their craft, Record Club is set to release a number of tracks that truly define their sound, and their hope is that those that listen to their music will feel the same emotions that they felt when they first fell in love with progressive and electro house. Make sure to connect with Record Club on all socials to keep up to date with all the new releases because more are coming.