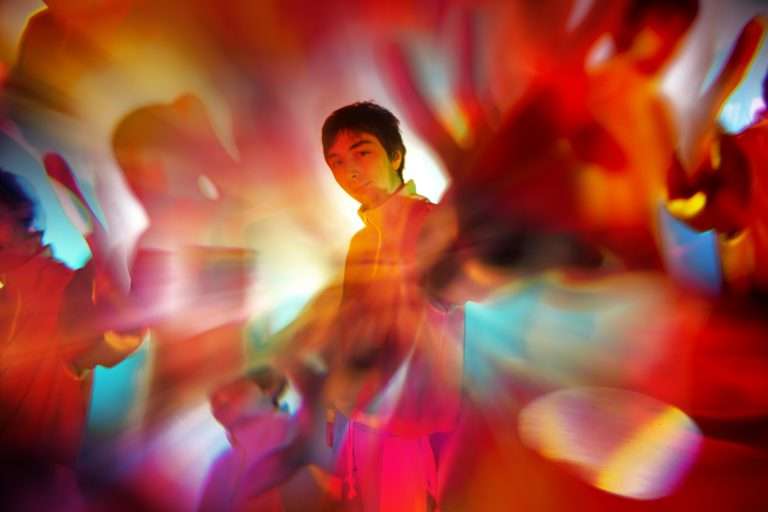 Enjoying the “Waves” With Kidswaste

The final single from sophomore EP Colors of Your Heart

Kidswaste returns with his new single “Waves,” via noted tastemaker imprint Counter Records. Following previous singles “Time is Mine” feat. Olivia Reid, “Let Go,” and “Fall In” feat. Lizzy Land, “Waves” is the final single unveiled from his forthcoming sophomore EP Colors of Your Heart, which is due for release in early June. Also being announced are the full dates for his highly-anticipated, month-long US headlining tour.

“Waves was one of the earlier demos on Colors of Your Heart that remained throughout various tracklist changes over years because of how attached I am to its themes. It’s about going through the motions and feelings of not being able to create despite the need to. After many revisions and attempts to rework it, this version (finished in 2019) is the one being released, at a time when I definitely was in the waves, again.”

The beginning of the track creates a soft and comforting melody that promotes a sense of zen for listeners and meshes well with the instrumentals. As the song continues to play, majestic lyrics take shape; it helps boost the energy in a different direction with more upbeat drops and builds. Essentially, the music is acting as a wave because waves tend to be calm or firm, and this track exemplifies that by starting slow and steady and then transforming into a powerful piece of art. Each wave is a journey, just like the creative process for music. Without a doubt, Kidswaste has perfected the craft of creating a vibe with his music.

An internationally-celebrated artist, Quentin Beauvois, best known as Kidswaste, cut his musical teeth during his formative years as a bedroom producer in the elegant region of Northern France. With his graceful dexterity, Kidswaste broke into the indie-dance space with his debut single “Underwater” – a memorable genesis track that garnered over 2 million streams on Spotify alone quickly followed by other breakout fan-favorite cuts like “Free,” “Tonight,” and “Time,” taken from his 2017 EP Spleen.

Kidswaste will hit the road on August 8th at Barboza in Seattle, Washington for the first stop of his upcoming national headlining tour. Making stops in San Francisco, Denver, Chicago, Brooklyn, Atlanta and more, the Colors of Your Heart tour will wrap up in Houston, Texas on September 3rd at The Cambridge Room. For the full tour schedule, see below to see where you can catch Kidswaste on tour: