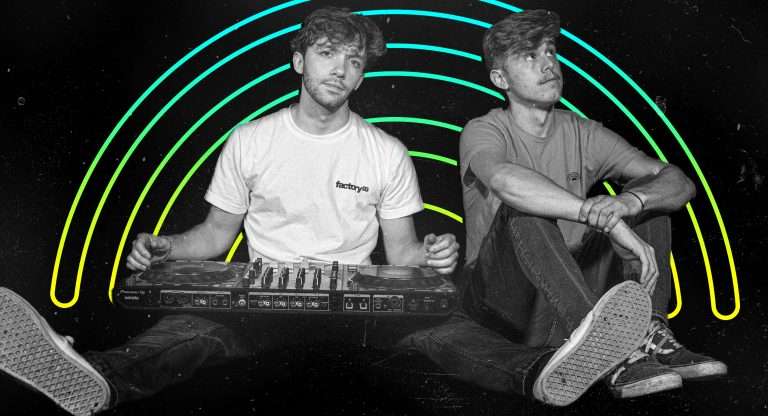 GoodDay teams up with Melodia to turn an initially produced Pop/R&B single into a Hyper EDM vocal track, available to stream now everywhere, called “Collide.” The dj duo is kicking off 2022 with a sensational rush by adding their upbeat house tempos to the original song, written and sung by Melodia. GoodDay is freshly coming off the hype train from their successful first EP launch, HappySad, released in 2021, and wanted to keep the good days coming with their next single.

“I guess what inspired the song was wanting to create a musical landscape that captured how I felt after hearing the music. The song is about colliding, like meeting someone so randomly in the universe; you never know where or when you might collide with someone, and they change your life forever.”

GoodDay takes their listeners on a ride and rollercoaster of bass house, and hyper drops giving the ultimate release of a collide of emotions and sounds. The beautiful vocals from Melodia blend perfectly to fit the tempos and BPM of the track to help carry out the message behind the song. The trail starts smooth and slow, which helps connect and draw the listener. Then, suddenly, dropkicks in the instrumentals as well. Each part of “Collide” fits perfectly and helps uplift each sound to prosper one another.

GoodDay is a duo comprised of two best friends Chase Mormur and Liam Pammer, seeking to spread positivity through their frequencies. The two met while attending Full Sail University in the heart of Florida, Orlando.

The idea for “GoodDay” came from the idea of wanting to share positive frequencies with the world through music. Whenever the two would hang out after school and make music, it was always a GoodDay. Fast forward to right now, and the mission has only enhanced. Pairing vibrant colors & sparkly tunes, they are on a mission to spread good days to all. The reaction is usually the same whenever they introduce people to their music; they say it doesn’t sound like anything else but is somewhat familiar. Almost like a new breed of EDM…which they call this: Hyper EDM

GoodDay’s sound is powerful, melodic, and is forever evolving. They both love to use real-life elements as much as possible, like guitar, bass, custom vocal chops with our voice, beatboxing, nature ambiances, etc.

“We don’t want to sound like anyone else. Music today is so saturated, and we believe the world needs frequencies that are true to our heart & soul. Our sound results from a plethora of inspiration, ranging from classic rock, reggae, house, and hip hop.”

The new original from GoodDay feat. Melodia can be found on Spotify to stream now. This is a duo to keep on the lookout for because their new track sure brought us GoodDays 😀