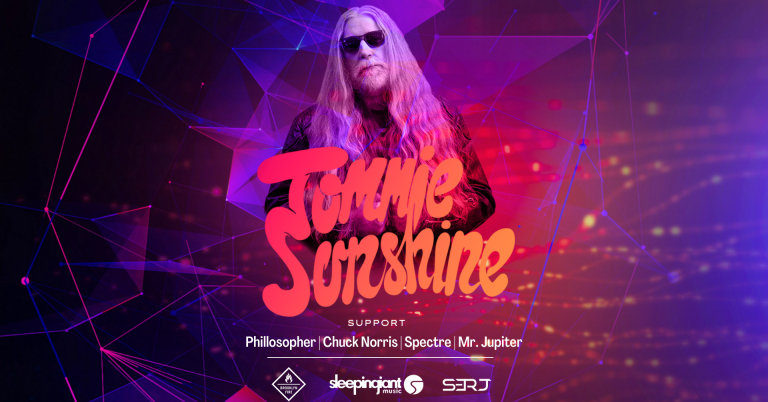 It’s been over a year since Tommie Sunshine came to Charlotte, North Carolina, and the Queen City has been begging and itching for another night with the legendary tastemaker. On August 13th, 2022, Tommie Sunshine will appear at the iconic SERJ venue at 2906 Central Ave, Charlotte, NC 28205. The night begins at 10:00 p.m. EST with local and regional talent warming up the decks and room. On the patio, there will be Spectre, Mr. Jupiter, and in the main room, Chuck Norris will be opening up for Phillosopher, who is directly supporting Tommie Sunshine. The event will celebrate multiple genres showcasing House, Progressive House, Melodic Techno, and Trance from National, Regional, and Local Talent. With a lineup like this, this event will be the talk of the town for years to come.

“Tommie Sunshine has always been one of my favorites! He’s very involved with almost every aspect of music. From production to teaching courses and piloting a record label, there are many reasons why I felt like Tommie should return to Charlotte! As a Producer, DJ, and Promoter myself, I have the utmost respect for him as an artist. He’s been in the business since the early 90s and still continues to amaze me with his set selections and throws an amazing performance.”

Reunions are always special and create memories that last for a lifetime. Since Tommie Sunshine has not played Charlotte in over a year, it is safe to say the night will be unforgettable for those in attendance. The multigenre event will transport fans and dance music lovers on a rollercoaster of emotions and experiences. The diversity of sounds on the lineup will provide a one-of-a-kind involvement with the local and regional community, bridging the gap for people who are in attendance. Each artist will deliver iconic sounds that give substance to electronic dance music’s past, present, and future. The event will be a 21+ only event and requires a ticket.

Tastemaker to tastemakers, curator, and shapeshifter, Tommie Sunshine is renowned for his reputation of being consistently ahead of the curve bridging the worlds of Rave, Disco, House, and EDM while still standing firmly in the zeitgeist. Establishing his name throughout the American Rave scene during the ’90s, he became one of the most recognizable figures of the Electroclash movement during the early 2000s and helped set the stage for the EDM boom of the 2010s. 30 years as a DJ and 36 years as a clubber gives Sunshine his unique perspective on the business & informs his present Rave Revival sound.

Phillosopher (Phillip Surrett) is an American Producer and DJ.  Building on the roots of Melodic Techno, Psybient, and Progressive House, Phillosopher provides a unique sound with his electric taste in various sub-genres. He has steadily risen to popularity, making waves in the Southeastern United States EDM scene, and releases a weekly series on his YouTube channel called MindWarp where he showcases regional and local artists as well as mixes from artists all over the world. Phillosopher is a talented producer, and instrumental musician with a strong focus on synthesizer sound design, and piano.

Chuck Norris has a unique sound of well-blended house, futurehouse, and carefully curated sampling of classic hip-hop and pop fusion for display of dance music that continues to prevail across the Charlotte EDM scene. It’s always a party on the dancefloor when Chuck Norris is on the Decks.

A fixture in the Charlotte, NC electronic music scene for many years, Kyle Field aka Spectre brings a wonderful combination of trance, progressive, house, and techno when he plays. As one of Charlotte’s prominent DJ’s, he has opened for international acts such as Armin van Buuren, Paul Oakenfold, Ferry Corsten, Wolfgang Gartner, Darude, Gabriel & Dresden, Cosmic Gate, and more.

Mr. Jupiter was Born and raised in Port Chester, New York. Relocated to Raleigh, NC during high school. Mr. Jupiter is a dj/producer of house, techno, and trance. He is the founder of Space Camp Music Group. Along with his cofounders MvMTone and Mishenko Music. With his group they throw a variety of shows in the RDU area every week. His style is a mixture of house, techno, and trance which he loves blending all in between his sets. Hard drops, melodic vocals, and baselines are a staple in his sets. Some influences are Chris Lake, Charlotte de Witte, Chris Stussy, Seven Lions, and Phazed to name a few. With that, Mr. Jupiter will be sure to keep you dancing all night long.